!The secrets of learning voice acting

Some of his Persian voice acting works are:

who is a professional voice actor?

Sedabazigar(voice actor) due to the wide circle of its activity inevitable of gain knowledge, insight, experience and awareness is infinite. Because of this is required in 5 main pillars (literature, acting, expression solfège, nurturing creativity) attain knowledge sufficiently. What is obvious is the lack of competency reference for obligatory education. Where the rules and methods must planned for susceptive. Because of disruptive activities in this art after more than half a century demands university in academic way.

Voice actor due to the wide circle of its activity inevitable of gain knowledge, insight, experience and awareness is infinite. Because of this is required in 5 main pillars (literature, acting, expression solfège, nurturing creativity) attain knowledge sufficiently. What is obvious is the lack of competency reference for obligatory education. Where the rules and methods must planned for susceptive. Because of disruptive activities in this art after more than half a century demands university in academic way.

To date, everyone who have a name and style in this art by relying on knowledge, personal experience and trial and error have taken steps that not the master do chart effort to transfer nor the student have not been available source and principles and only hasty, patchwork, superficial, far-sighted thought and careful reflection tips; classes in duration of 2 month or a little more for people without basic selection in a formal cases will be held; experience shows that this process has never a good procedure for anyone who is interested in this art.

This specialty demand more elegant and spacious titles for teaching and gain knowledge. Including: Persian literature, Dramatic literature, English literature, principles of translating, auditory training, rhetoric, vocalization, familiarity with accent and other languages (foundation), popular culture and allegory recognition, personality assessment, mythology, anthropology, introduction to scriptwriting, dialogue principles, (set in dubbing and radio drama), principle of management, dubbing management(specialized) techniques of speech(dubbing, trailer, teaser, documentaries, puppet performance, musical theater, reading poetry and different literary texts) training feeling, acting, fundamental of sound designer and sound making, solfège, familiar with a basic toll in Iranian or world music, principle of sociology, principle of psychology, history, familiarity with relevant software, recognition and hygiene Larynx and… that each one must have been separate courses for students of this field for writing and teaching according to their importance degree.

This field in the beginning of establishment certainly has the capacity to offer in associates degree and after that by payment and coherent planning can also consider Bachelors degree for it without ambition. Of course for entering students of this field practical test in measured condition, scientific and different of stereotypes must be considered till brevity not taken for individual who deserve.

Is the only sound that could be permanent ?

The text below is a brief summary of research on the nature of permanent sound (in the field of Sedabazigari(voice acting) and check it more deeply; in particular, the permanent sound has always generalize conception and never pay attention to factors together till human voice become permanent. Even at the ceremony that often held here or other country that honored of people, there is no any analysis and criteria for selecting them. Of course, there is no doubt that these people appreciated, qualified and worth for it but the question is that where they come from? What they do to receive here and become the permanent voice? Until the answer become a key for lover of this art and if they are real lover and have motivated and talent can find right and specific direction at the beginning until have a good finally.

To find reliable and clear expression answer to above question 600 minutes interview have been conducted with people who has a continues presence and reliable resume in this profession and those who has a close cooperation by voice acting like the editor of radio and sound maker. I noticed that many other people in various specialties have special attitudes which are able to criticize and reveal many aspects of active performance from significantly and different point of view, because of restricted time and conditions we could not talk with them.

In addition to interview by expert people, questionnaire was distributed among voice actors to assess and explore the reason of unknown issues that I have pointed some of its important conclusion.

Most of the participants in interview choose voice actors that during their professional employment have appeared in dubbing more; know as a familiar and perdurable sound that because of hearing their sound in television (as well as media dependant on image) that today, allocated more time of people among other media.

Knowledge of special style and unique components, mobility, continuing innovation and being up to date, recognition and training different tone of voice as well as consolidation and empower to low tone of voice (because of charisma and more influence of low and bass tone of voice) that many are unaware of it. Creativity, high musical understanding, the ability of acting, knowledge of the literature and translation (Native language and English language among foreign languages) love and affection to this profession even in difficult material and spiritual situation and refusing to employee system in art, (mechanically working and get away from the features of a professional activity), having a professional look and not only as a habit and disport mere to this art, vocalization power and sound adaptation with characters in dubbing, continues presence (decades), good morality (which making growth as well as creating good opportunities for development of its owner) this is the most important thing among peoples point of view, theoretical education(sum of knowledge, science and perception that learning it is require for voice actor) all of all together form the foundation of permanent voice.

The health sound: to enter this profession in Iran because of no special academic education in academic center; the first important thing is familiar with the sound system and recognition and protection of it that you can acquisition knowledge in several books which translate and compiled freely. Among them is the book set your voice free written by Roger Lowe and easy interpretation by Siros Navidiyan, Health larynx and song: by Mamar Andevari and ….

Capabilities of acting by voice: for getting skills in acting by voice because of special profession of Sedabizagar is necessary in radio drama, dubbing movie in different genre and also acting by voice in animation instead of fantasy and unreal character and also acting by voice instead of puppet character, is necessary for acquisition of acting skills, reinforcement, identifying and execution different feel and personality and different style of classic and modern acting in order to better understand of characters in different position for the best output of your voice. In this regard, reading books and practices their exercise, watching movie in original language as well as dubbing, watching Persian movie and No-dubbing and pay attention to voices, watching theater and live and recording reading plays, pay attention to your behavior and others in different situation and analysis of all of the above are useful and necessary.

Oratory and solfège: Mention these two important titles together show understanding and importance more clearly. Auditory reinforcement, recognition of respiratory organs and formation of proper breathing in person, strengthen the speech organ, awareness of intensive and shape of species sound in order to creation of different vocalization and produce various interjection, understanding of rhythm, beat and sound step in people, remove the wrong habit of speech and correct pronunciation of letters and.…all show the importance of research and training in rhetoric and learning solfège.

Research in Persian literature, fiction and drama: consequently, Sedabazigar(voice actor) deal with scenario, screenplay, monologues, dialogues and generally the written text in this field. The owner of this art, deal with words and sentences which have rooted in culture and language and must transcendental his theoretical knowledge by study more for showing his practical work with the lowest level.

creativity: creativity and importance of creative minds in every technique and art is evidence of durability, prominence, special and superior distinction to a work or author which this in not achieved except by thinking, accuracy, distinguish from pure to impure and boldness of clever thought that can combine by slender inspiration and interpretation but not imitated of society, his people and their achievement as well.

As a wellness conclusion of this article should be noted that only brief and short-term studies and exercises have no amazing and appropriate results to lovers of this art must waiting for flourish by endure the hardship of this profession with many practices and probing in many years. Increase awareness in related titles and studying on supplement science such as sociology, psychology, mythology, anthropology, management principles and policy of audio works, principles of translation, sound designer and sound making principles, introduction to a basic instrument in world music and Persian music, familiar with related software and…. All of them are other professional instruments of Sedabigaris (voice acting) art. 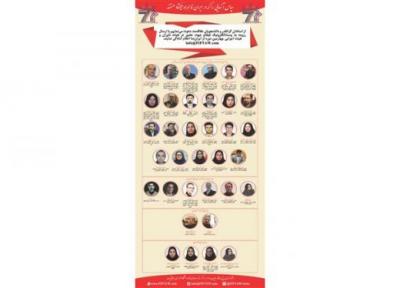 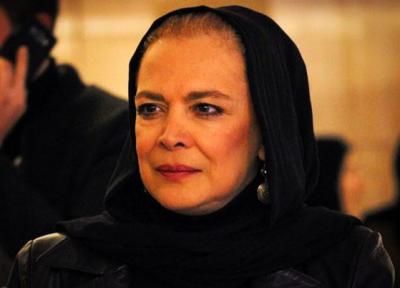 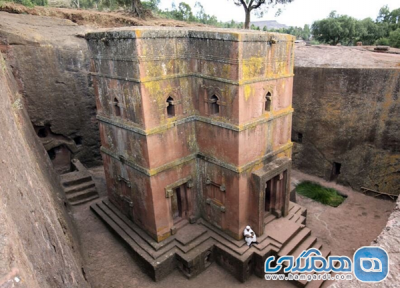 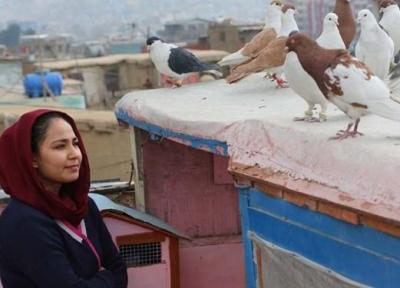